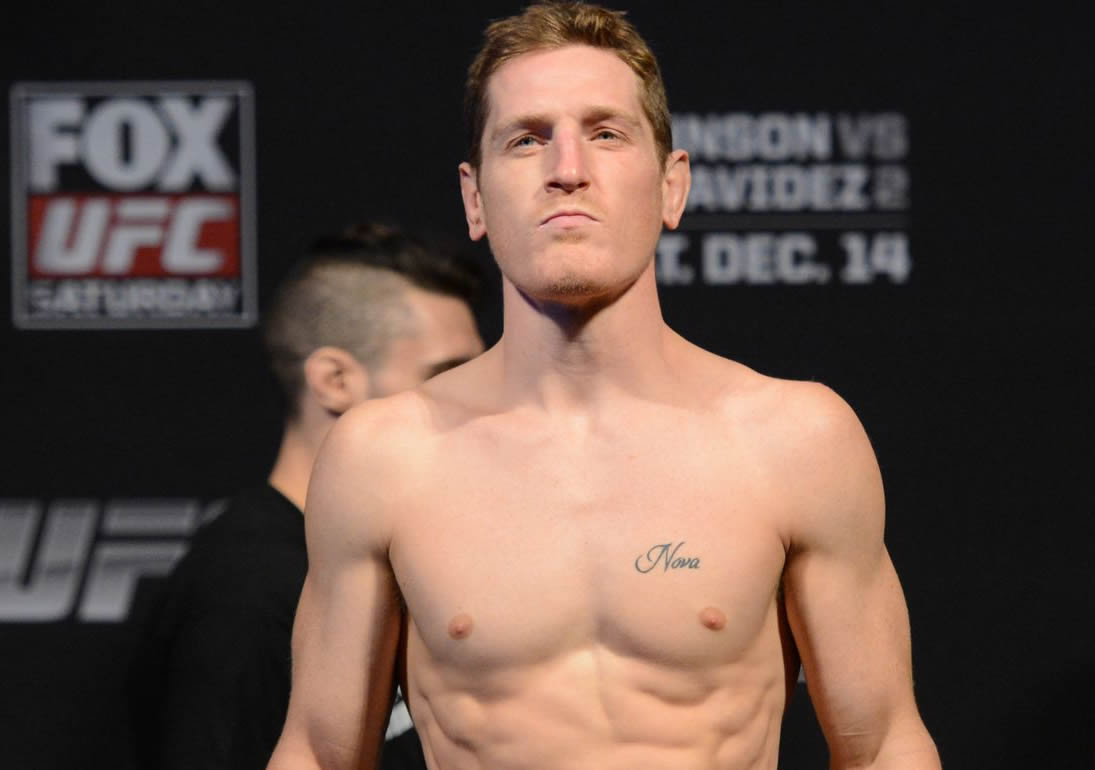 THE MAKING OF MAC

On the basketball court and the soccer field in his younger years, and at the skate park in high school, Mac was always into sports as a child. His passion for athletics eventually lead him to become a Mixed Martial Arts (MMA) fighter at the turn of the millennium.

Mac competed as a lightweight in several MMA promotions, most notably the Ultimate Fighting Championship (UFC). He participated in and won the 6th season of The Ultimate Fighter, defeating Tom Speer. He also won Fight of the Night three times and Knockout of the Night once, along with other King of the Cage, Extreme Challenge Trials, and Gladiator Challenge competitions.

But, Mac always left his fighting spirit in the ring, taking a much gentler approach to his veganism.

Mac’s devotion to veganism was born from his longtime love for animals. Long dedicated to animal justice, Mac worked as a caretaker at the Animal Sanctuary in Pennsylvania before moving to California to pursue his career in professional fighting.

I remember being 13 and seeing a truck on the interstate filled with pigs all headed to the slaughterhouse. One of them made eye contact with me for a while. It was one of the saddest moments I can remember. There was so much intelligence and spirit in him, and here he was, being sent to an awful death.

With the exception of vegetarian Jake Shields, Mac — who is now retired — was the only vegan MMA fighter in the league.

“Danzig’s diet made him a glaring anomaly in the MMA and society in general,” reports UFC.com, “where carnivores are widely presumed to have a huge edge in the all-important strength department.”

How did Mac manage to subvert this stereotype?

By winning fights while eating as he chose, sharing his experiences with the public, and staying focused and driven the whole way through.

Mac cut out dairy over five years before committing to a completely vegan diet. Interviewed in the documentary Forks Over Knives, Mac tells how he eliminated dairy from his diet at 18 years old because of an ear, nose, and throat allergy.

At that time, he was eating chicken and fish because he thought he needed to. “Everyone tells you if you’re an athlete you need to at least have chicken and fish in your diet for protein,” says Mac, which is “one of the myths that’s been perpetuated for a while.”

Against boxing and classifying himself and others, Mac told vegan athlete Rich Roll “the last thing I want is people knocking on my door telling me I need to join their church.” Of course he enjoys making connections and learning from those who are authentic, but he isn’t interested in proving points or convincing people.

Mac lives a vegan lifestyle because he chooses to, and recognizes how others are free to live their lives as they choose as well. He is proud of his choices, and is eager to demonstrate how the vegan lifestyle works for him, but Mac is not interested in polarizing, ostracizing, or offending people who choose and believe otherwise.

In an interview with Joe Rogan, Mac delineates how his veganism is a response to traditional patterns of consumption.

We live in a “day in age where you have mass amount[s] of suffering,” and therefore, as a consumer, Mac says he chooses not to buy into and support the industries that exploit and harm animals.

About those who consume animals and animal byproducts, Mac says:

If you care about the animals at all, the moral issue is still the same. These animals are living in horrible situations and they’re suffering. Whether or not you like animals or think that they have the same abilities [as humans] to reason or have emotions… one thing is true, they feel pain.

Mac has plenty of friends who eat meat and says “I don’t want to be the guy who forces people to do things,” says Mac, “most people are just victims of consumerism and are victims of misinformation like we all are in so many ways” which includes nutrition and diet.

High in carbs and low in fat, in March 2014 Mac spoke with Symposium Films about his 80/10/10 Fruitarian diet, which means the majority of his caloric intake was from sweet fruits.

Some who follow this diet, which is the opposite of the Paleo Diet, get their 80% carbs from starches—but not Mac. From bananas to organic grapes to papayas, Mac said he was constantly eating until he was satisfied, without any worry of overeating or taking in too much fat.

Mac’s tips and tricks on what he eats to stay fit, lean, and tenacious as a vegan athlete are available online. Aside from fruits, some foods and supplements Mac has identified as being important to his vegan diet include:

LIFE OUTSIDE THE RING

Mac spent over 13 years as a professional fighter, with roughly half of those years in the UFC.

Cited as being too reasonable and too introspective to stay in the fighting cage for too long, Mac has a reputation — with MMA Junkie — of being a smart guy who knows when enough is enough.

Putting his health first, Mac retired his gloves on March 4, 2014. “After sustaining some pretty severe concussions last year and thinking about my future as a father and my future as a person,” says Mac, “I don’t want to have Alzheimer’s and Dementia when I’m older.”

No longer a practicing fighter, Mac is focusing on fatherhood and being a coach, trainer, and mentor. Even into his retirement, Mac is changing the way the world looks at strength in competition in the world of MMA and UFC, proving that one need not be a carnivore to succeed as a professional athlete in these leagues. He demonstrates how one can embody ultimate strength in the ring and utmost gentleness for animals and nature—and how the two can indeed go hand-in-hand.