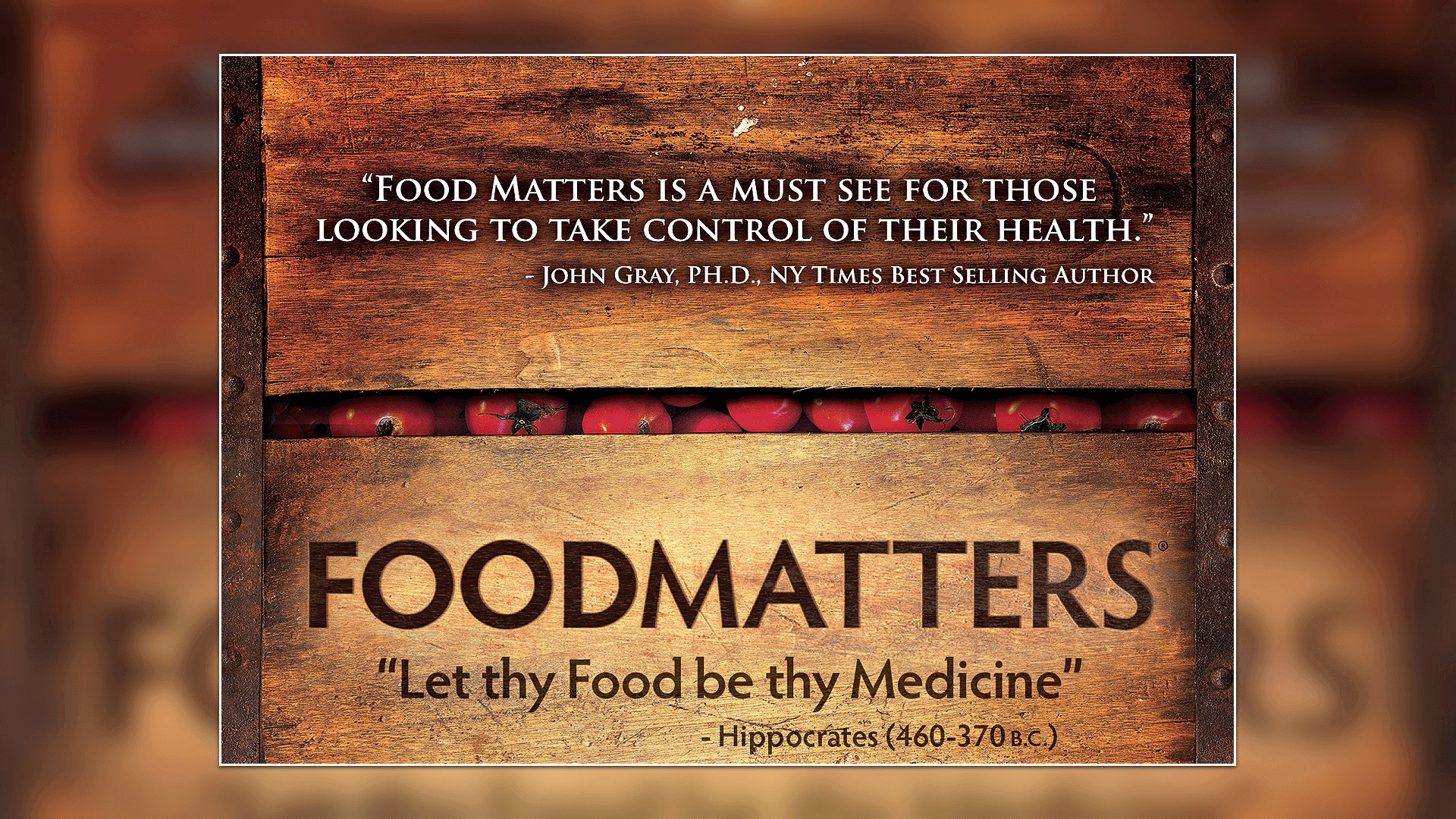 From pesticides to pharmaceuticals, in Food Matters, a host of medical doctors, journalists, advocates, and health professionals break down how the growth, consumption, and distribution of our food affects our health and well-being.

After watching this life changing documentary, here are the 8 major takeaways that made us think:

DISTANCE: Dr. Victor Zeines, D.D.S, M.S., Holistic Dentist and Nutritionist, says that by the time we shop for our food, it’s at least a week old—at best. He encourages us to think about how old our food is; how far in distance it has travelled before we bite into it and how many nutrients can still be viable given its age.

PESTICIDES: Charlotte Gerson, Founder of the Gerson Institute, notes how so-called fertilizer is primarily made up of nitrogen, phosphorus, and potassium… but is lacking the other 40-something minerals that soil requires. Charlotte notes that when soil is deficient, so too are the foods that grow in it.

SPIRULINA: David Wolfe, of World Authority on Raw Foods and Superfoods, explains how Spirulina—the highest protein content food in the world—was consumed as a primary protein source for 5,000 years.

VITAMINS: Debunking myths about vitamins, Professor Ian Brighthope M.D., B.B.S., D.AG.SCI., defends vitamins in an era where they are shunned by many medical professionals. Ian tells us how there have only been 10 alleged—unproven and unverified—deaths in 23 years from vitamins. Meanwhile, in the pharmaceutical world…

ADVERSE DRUG REACTIONS: In the United Kingdom, 10,000 people die from adverse drug reactions every year, and in the United States, that number is multiplied by 10.

PHARMACEUTICALS: Most medical journals are supported by pharmaceutical companies and 25% of TV ads in the United States are drug commercials, informs Jerome Burne, medical journalist and author. The drug industry is a half trillion dollar per year, world-wide conglomerate, where almost $300 billion alone is spent in North America.

ORTHOMOLECULAR: It’s not widely taught in medical school, but it’s extremely important. While side effects of medical drugs are unprecedented, patients treated with 60,000 even up to 100 and 200,000 milligrams of vitamin C in 24 hours have been documented to only suffer common side effects of thirst and dizziness.

CANCER: In 1972, President Nixon said that if the United States put enough money toward cancer research, they’d be able to solve it. That year, 220,000 Americans died of cancer. 25 years later, and after 39 billion dollars was put toward cancer research, 560,000 people died from the disease. These figures demonstrate, as Charlotte notes, how wars—including the one on cancer—are profitable.

In addition to our takeaways, Food Matters also shines light on how:

If this documentary taught us anything, it’s that we all can, and need to, take our health into our own hands!

In the age of the Internet, we have more information and resources available than ever—including this documentary!—and thus have the ability to educate ourselves on endless matters of health and wellness.